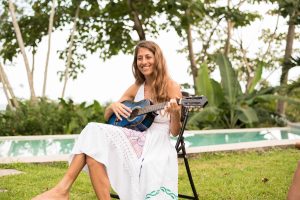 Originally from California, Rima lives in the jungle of Costa Rica. She first came to Santa Teresa in 2012 and knew immediately that she was “home”. It was immediately where she wanted to live, and has now lived in Santa Teresa for 5 years.  She is a licensed marriage & family therapist (in California – LMFT# 82229) and a yoga teacher, and offers yoga, meditation, and integration support sessions to support deep personal transformation on this soul-satisfying week-long journey. Rima has been working with ayahuasca since 2011, and considers it an honor and privilege to do this work and create beautiful experiences for our guests. She believes that blending plant medicine with integration & personal psychotherapy is an effective way to heal for many. 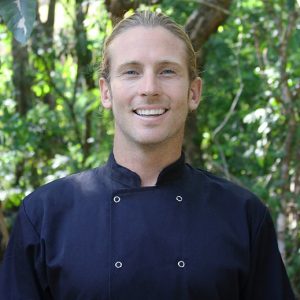 Russell first came to Mal Pais, Costa Rica in 2006 from the south coast of England.  Lured there by the waves, he soon fell in love with the lush jungle, beautiful beaches and array of organically grown, local, fresh foods that were available. He originally worked as a surf instructor while he ran a guest house with his uncle, but his hunger for good food and his passion for sharing it with others led him to cook for guests and to host many dinner parties. He went on to work with some of the best chefs in the area and created his private event & retreat catering company, V Chef. His personal journey has led him to being an advocate for plant-based cuisine. Russell has worked with ayahuasca since 2013 and enjoys being of service on the medicine path. 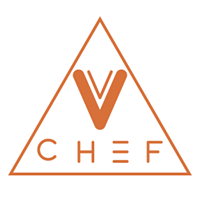 Is Costa Rica calling you?